Committed to Helping Our Clients Win!

No Fees Until we win.

Howard J. Radner has been an attorney in Michigan since 1974.  He was admitted as well to the State of California Bar in 1981.  Howard J. Radner specializes in Plaintiff’s personal injury claims and represents clients who were injured in every way like slip and falls, automobile accidents, dog bites, pedestrian accidents, medical malpractice and on and on.  Howard has gone head-to-head with some of the biggest insurance companies in America with their hundreds of employees, like State Farm, Allstate, AAA, Liberty Mutual, and the like, earning settlements, awards, and verdicts in the hundreds of thousands and even millions of dollars.  Howard accepts cases both from clients and from referring attorneys and more importantly, takes cases that are challenging and turned down by other attorneys because Howard believes that every person deserves honest representation for injuries unfairly suffered.  Howard is a member of MAJ, the Michigan Association of Justice.  Howard has been married for almost 50 years, and has passed on his dedication to law to his attorney children who practice personal injury, criminal defense, civil rights, bankruptcy, and patent law.  Howard’s favorite role is “reader-of-stories” to his grandchildren.

If Howard agrees to represent you, he will personally be involved in every facet of your case, and you will have the benefit of his almost half-a-century experience from investigation, through discovery, through trial and settlement.  Howard will meet with you personally and explain every step of the litigation process to you. Important decisions will be made only with your input.  Howard is known among his colleagues and adversaries for his competence and integrity.   He will protect your interests in ways that only someone of his vast experience can because he knows and has dealt with the small issues that can make a big difference.

Howard J. Radner, “The Big Attorney for the Little Guy”, believes that everyone deserves a fair shot, especially when your case is your only shot.

Over 45 Years of Experience

Martin E. Radner earned his Juris Doctor (JD) from Wayne State University Law School, in Detroit.  He spent his career handling personal injury and other cases including automobile negligence, No-Fault insurance, personal injury accidents, and civil rights violations. Mr. Radner has practiced throughout the court system in the State of Michigan, including several notable and successful trials as well as regularly appeared before the Michigan Court of Appeals. Mr. Radner has collected millions of dollars for his clients and is well known and respected by both the insurance companies and the Defense Bar as a fair and fierce advocate, and skilled trial attorney. 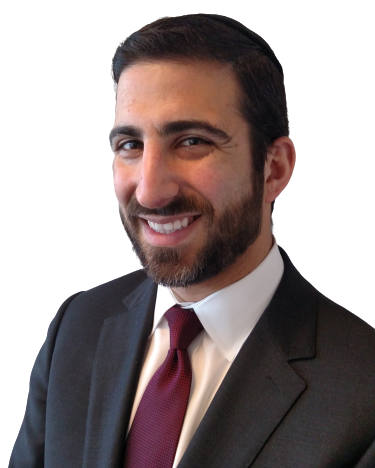 We have successfully resolved hundreds of Michigan car accidents cases, many of them including claims for Michigan no-fault benefits.

Why Choose Our Firm

When we take on your case, you'll always be dealing with us and never are you handed off to an associate.

We're on your side

From the very beginning, we'll make it clear what you have going for you, your statute of limitations, your rights as well as guidance about not settling for less than you're entitled to.

Our reputation over the last forty years speaks for itself. We fight on your behalf and don't charge a cent until we win.

Call or Text Us Now!

Get Your First Consultation FREE!

We Look At The Law Differently

“I have known Howard Radner for approximately 35 years all during the time I have served as a Wayne County Judge. Our relationship has been solely professional. I have never socialized with Mr. Radner. He has handled many personal injury cases on my docket, including complex medical malpractice and products liability cases. He is an excellent attorney. He was always well prepared, knew the law and the facts, wrote very good briefs and got along well with opposing counsel and me. His clients were always well represented.”
Chief Judge Robert J. Colombo, Jr.
I hired Howard after sustaining serious injuries in an accident. Howard followed up and met with me personally, right away. Howard approached the case aggressively, and fought like a tiger for the case through the entire process. He was ethical, transparent, and worked in my interests, while maintaining professionalism with the defense. Despite the legal system in MI being tilted against the injured party, due to Howard's expertise and hard work, I achieved a good outcome. I recommend Howard without reservation.
Posted by Gary